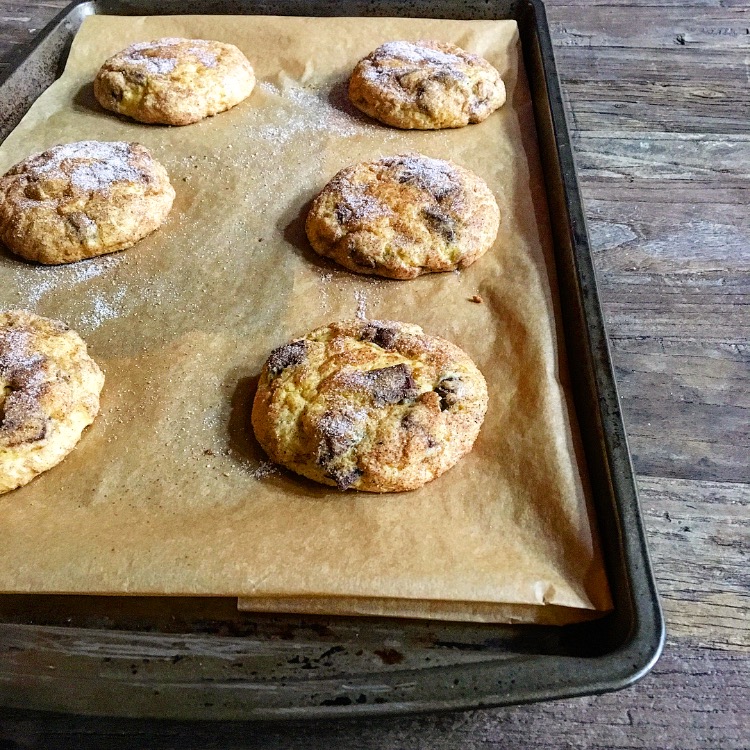 I recently made Thick and Extra Cinnamon-y Chocolate Chunk Snickerdoodles and they were pretty fantastic.  I don’t know why people go light on the cinnamon when it comes to snickerdoodles.  Two teaspoons for ½ cup sugar? What? Let’s make that two tablespoons.  I want the cinnamon more than the sugar.

These cookies are just as thick, chewy and amazing as the original but somehow, infinitely better with the addition of pumpkin.  Will I ever be sick of pumpkin? Does anyone not like pumpkin? Unlikely.  These are crowd pleasers- I guarantee it.