My parents have been celebrating NYE with two of their closest friends for as long as I can remember.  We would be dressed up and my parents would have an especially nice dinner.  Lobster was often part of the menu.  At the time, I thought they looked like giant bugs but now few ingredients seem more festive and special.

While some of the lobster meat is mixed into the sauce, I love the drama of  having the lobster tails on top.  Make people work a little for their lobster.  This can get messy though so feel free to remove all the lobster meat from the tails and mix it in before serving. 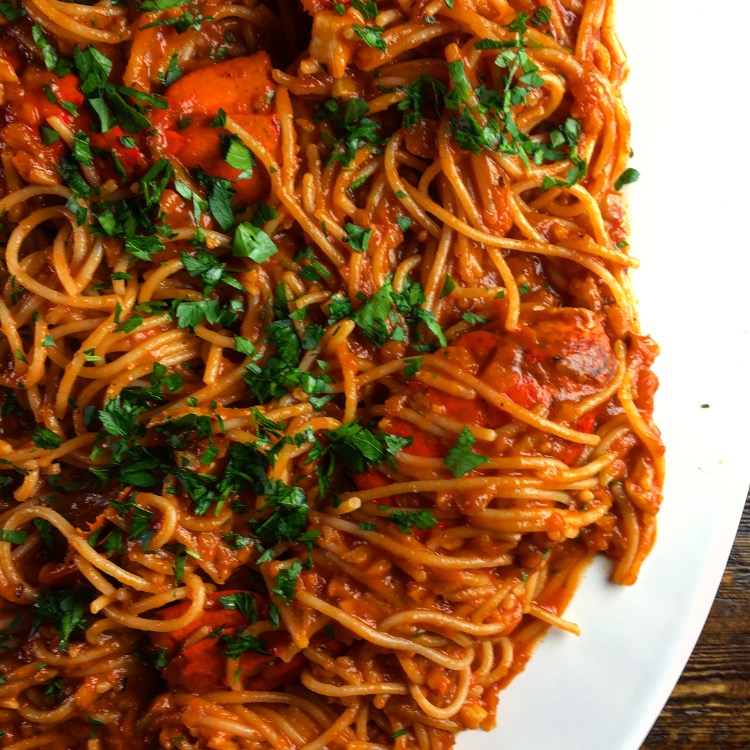 I can’t emphasize enough how delicious this dish turned out.  There are so many layers of flavor and while it’s indulgent, it doesn’t feel heavy.  The original recipe calls for whole lobsters but I went with only tails…. I’m not at the lobster killing stage of my life yet.  I’ve put a lot of make ahead instructions here so you can be busy making mems with your friends instead of stuck in the kitchen.  Happy Holidays! 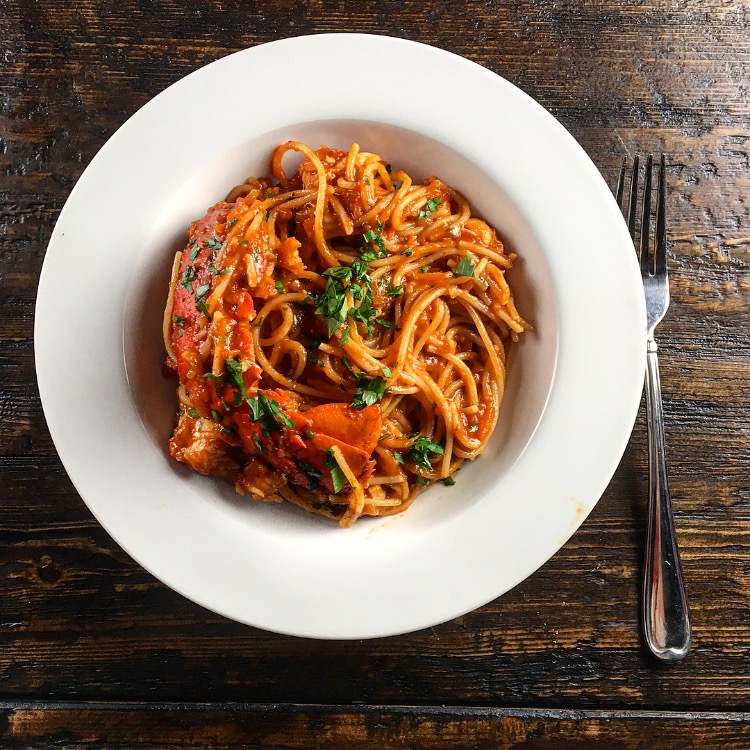 ***this whole part can be done ahead of time. Keep brandy mixture in Tupperware and keep tails in a Ziploc in the fridge.  Can be done up to 12 hours in advance.

****you could also chopp veggies up to 24 hours in advance and keep in an airtight container or Ziploc bag in the fridge.

***** you could make the sauce in advance up to 12 hours in advance, store with lid on in the fridge, return to simmer when ready to use